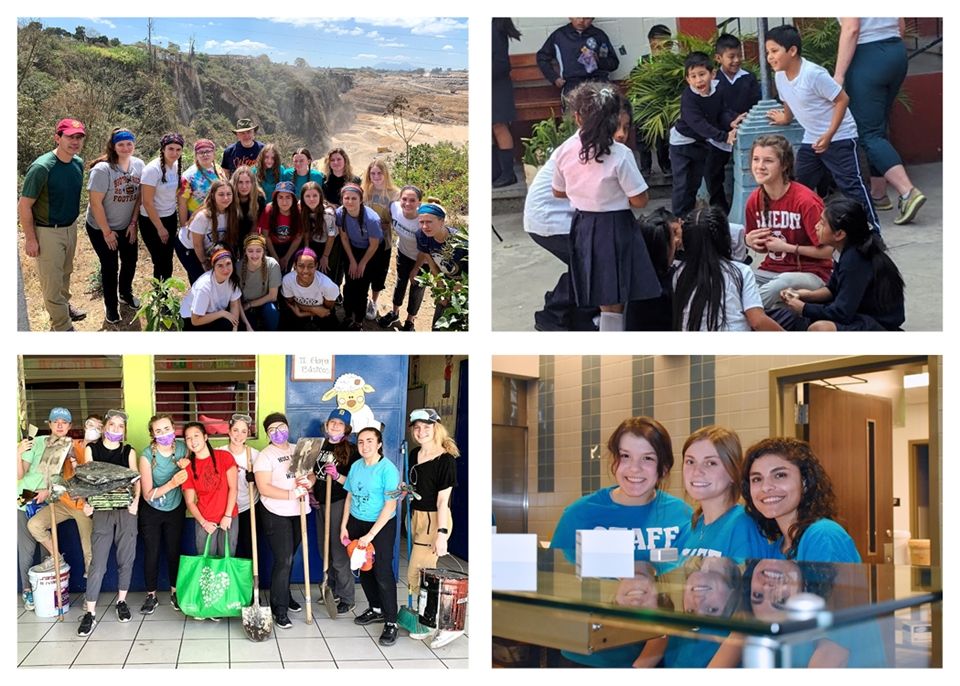 5/5/2020
Five faculty members and four Marian parents accompanied 49 students on this year’s three mission trips. Five faculty members and four Marian parents accompanied 49 students on this year’s three mission trips. Under the direction of Ms. Sheila Geary, theology teacher, and sponsored by International Samaritan, the student missionaries traveled to Guatemala City and Escuintla in Guatemala to serve children and families living in garbage dump communities. All of the groups worked at the schools in their communities.
The students who went to Guatemala City played with the children at recess, worked in a nursery, painted desks, scraped and painted the walls of two bathrooms and the principal’s office, removed part of a brick wall that surrounds the play area, broke up cement with pix axes, removed the cement and dirt with shovels and began to dig a trench for the new wall.
Those who went to Escuintlaworked at the school teaching some basic English words and phrases and helped with the building of the new home of the International Samaritan-sponsored family nearby.  The sun was strong and the temperatures were in the mid90s as the smoke from the burning trash dump filled the air when the wind blew the wrong direction.   That didn't stop them from moving earth to level the floor of the new home, mixing and hauling cement for the walls, and bending and assembling rebar to support the structure.
All agree that the mission trips are a powerful and life-changing experience, and returned feeling like they received even more than they gave through the experience.
On February 12, a group of students and faculty from Marian and Brother Rice held the 14th annual Souper Bowl dinner. Guests enjoyed unlimited soup, salad, and bread from area restaurants with $1,700 in proceeds going to the Capuchin Soup Kitchen and St. Christine’s Food Pantry. This annual, shared service event between Marian and Brother Rice has been successfully raising funds to benefit the poor for 14 years. A big thank you goes out to all those who organized, worked, and attended the event!
Back