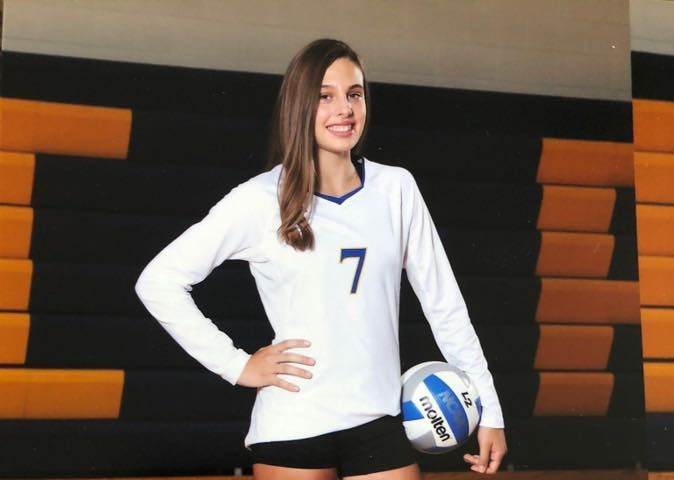 The 6-foot-1 junior outside hitter led the Mustangs to a 37-5 record and the Division 1 state championship this past season. Brizard compiled 598 kills, 412 digs, 37 blocks and 35 service aces while posting a .492 kill percentage and a .395 hitting percentage. She recorded 26 kills and 10 digs in Marian’s 3-0 win over Lowell High in the state final. Ranked as the nation’s No. 75 recruit in the Class of 2022 by PrepVolleyball.com, Brizard was a Division 1 First Team All-State selection. She concluded her junior year with 1,536 kills and 1,340 digs in her prep volleyball career.

Ava, daughter of Julie and Brian Brizard of Novi, has maintained a weighted 4.17 GPA in the classroom. She has volunteered locally as a youth volleyball coach with Summer in the City, through which teens invest their creativity and compassion into the city of Detroit. She has made a verbal commitment to play volleyball on scholarship at North Carolina State University beginning in the fall of 2022.

Through Gatorade’s cause marketing platform “Play it Forward,” Ava has the opportunity to award a $1,000 grant to a local or national youth sports organization of their choosing. She is also eligible to submit a 30-second video explaining why the organization they chose is deserving of one of twelve $10,000 spotlight grants, which will be announced throughout the year. To date, Gatorade Player of the Year winners’ grants have totaled more than $2.7 million across 1,117 organizations.
For more Marian News click here
Back