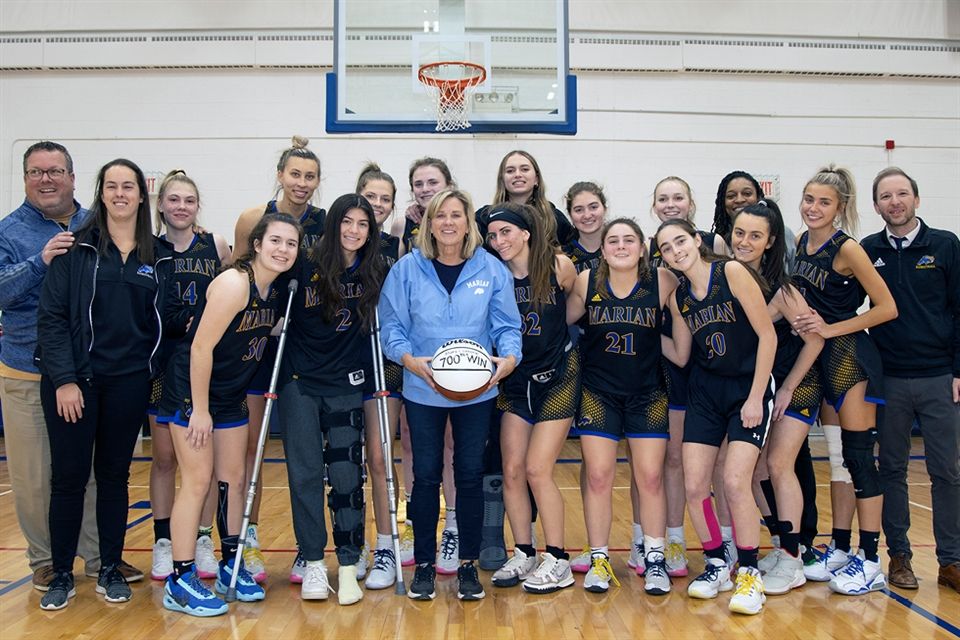 2/1/2022
Marian High School’s varsity basketball head coach, Mary Cicerone, became the third girls basketball coach to reach 700 wins after defeating Regina High School on their home court this evening. In her 39th and final season at Marian, Cicerone joins former Detroit Country Day coach Frank Orlando who won 797 games from 1981-2019, and current Sandusky coach Al DeMott who, as of tonight, has won 780 games.
Cicerone’s squad defeated Regina’s legendary coach Diane Laffey who ranks seventh in state history with 663 wins in her 51 years at the school.
“Mary does a very good job, she’s a very good coach and we’ve tried to be as competitive as they are and they are always very competitive,” said Laffey.
On her march to 700 wins, Cicerone has taken the Mustangs to seven state championship games, bringing home six titles since 1988. In addition, she has coached one Miss Basketball and four finalists in the school’s history. Cicerone is currently the winningest female high school basketball coach in Michigan history.
“I’m going to miss it, don’t get me wrong,” Cicerone said previously. “But I’m ready to pass the torch. I’m not going to stay here forever. I’ve already been here forever. The kids are all OK with it. They know they’re going to be in good hands.”
Back